In today’s edition of “Better Know a Legislator” I’ll profile one of my favorite legislators, Sen. Christine Kaufmann (D-Helena), as well as one of my least favorite, Sen. Jeff Essmann (R-Billings). 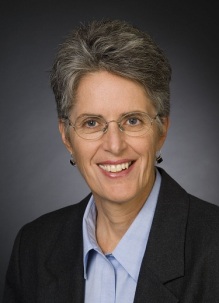 Sen. Christine Kaufmann, is one of the few unabashed progressive champions in the Montana legislature. She constantly impresses me with her ability to think strategically, while maintaining her commitment to her values.

This year she’ll be beginning her second session representing Helena in the Senate. She previously also served in the Montana House. She is one of the first (and only current) openly gay women serving in the Montana legislature. I personally had hoped she would serve in leadership in the Senate, but unfortunately she did not seek one of these positions. Hopefully in 2015 she will seek a leadership positionSen. Kaufmann is arguably the progressive champion in the Montana Senate, a quick examination of her bill draft requests will show why. This year she is seeking to create an earned income tax credit, to revise the administration of oil and gas taxes , to increase the power of the state’s top political cop and to revise the so-called “castle doctrine” law. These are tough fights, and many of them are fights that (with the current makeup of the legislature) will not succeed. But Sen. Kaufmann understands the importance of beginning a discussion on these issues, because hopefully, that discussion will move political discourse in a more progressive direction.

When not serving as a legislator, Sen. Kaufmann works in the State Auditor’s office on health care issues for Montanans. She previously worked at (and was a founder of) the Montana Human Rights Network.

I don’t want to take personal shots at legislators in these profiles, but I have to say Sen. Jeff Essmann is one of the most detestable people to ever be elected to office in Montana.

Essmann will serve as the Senate President in 2013–a position he acquired after staging a coup against the former Senate president Jim Peterson (R-Buffalo). Essmann and his fellow tea party extremists claimed that they were staging the coup because Peterson embarrassed them with his “Code of the West” bill from 2011. It’s worth noting that not only did Essmann vote for the Code of the West bill, but he also supported even more embarrassing bills that sought to legalize spear hunting, would give local sheriffs control over international terrorism investigations in their communities and he opposed a measure to remove the  unconstitutional law that criminalizes LGBT people in the state of Montana.

During his 2011 session, Essmann was also one of the leaders in the efforts to repeal the voter approved law allowing the use of medical cannabis in Montana. Montanafesto has covered his shady efforts on this front.

Essmann got his start in the Senate after Lt. Gov. John Bohlinger became part of Gov. Brian Schweitzer’s administration. He promptly trashed Bohlinger’s bipartisan record in that seat in order to become a partisan ideologue.

Essmann announced that he would run for governor in 2012. But after holding a bizarre conference call announcing his campaign, Essmann dropped out just a few weeks later, prompting some to suspect a scandal in his past.

Essmann will surely run an extreme Senate that will seek conflict over common ground when dealing with Governor-elect Bullock.