If you read my previous post, Off To The Rodeo, you read about the work of Out West, and, hopefully, you saw the amazing images of gay rodeo photographed by Blake Little by clicking on the link.

If you didn’t quite get to the photos, Blake has given me permission to post one of those fantastic photos on From Eternity To Here. They’re a powerful reminder of the long history of gay men in the West living life the way they want- as cowboys!  Enjoy!

Diane Silver has an excellent post about her difficulty with Christianity over at The Bilerico Project.

Christians terrify me. I am strong and capable, but part of me feels like a powerless child who can’t withstand the Christian onslaught. I’m a 10-pound cat facing a 120-pound pit bull and the snarling beast is frothing at the mouth.

Well worth a read.

There’s been a bit of an exchange in the comments on my post Being Gay IS a Choice in the last few weeks. I loved the dialog, but was increasingly bothered by the intolerant intransigence of one of the commenters. I felt that the comments were not in keeping with the theme of this site. It became not a forum to increase understanding, but a soapbox.

That doesn’t work for me.

As a result, I have decided to moderate all the comments on this site (you can read my response in the thread at the bottom of the post linked above). I still encourage comments here, but I guess I need to decide if the content fits in with my vision here. I will probably hear cries of “Discrimination!” and “Censorship!”, but that’s okay. My goal is understanding, education, awareness and a bit of silliness- not judgment, anger or proselytizing. 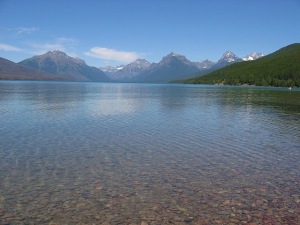 I’m headed to West Glacier to hang out with some of my Seattle people and watch Eric And Logan get married. I’m very excited to be spending time in a cabin in the woods with people I love to go out with, but have never shared a bathroom with- well, except Al, I guess. Now I’m worried. He spends a lot of time in the bathroom. (Okay, I shouldn’t have said that, he’s sensitive.)

So this isn’t as political as it sounds. Eric and Logan are Montana kids who now live in Seattle. And Logan is a beautiful woman who simply happens to have the name of at least three generations of men in my family. Times a’changin’ and all that.

I wonder what my grandfather (Logan) would say to that? Come to think of it, not much. I think I only ever heard him speak a full sentence when my brother (Logan) and I broke the back window of the Old Ford throwing wood into the back of the truck for the winter wood pile back home. And then it was a simple declarative with an understood personal pronoun: “Guess you’ll be payin’ for that.” My father (David Logan) made sure we did.

Anyway- posting may be spotty- I’ll take pics and maybe post some stuff, but I’m going to try and relax. I’ve had a very crazy few weeks behind me. 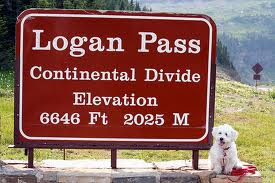 In the meantime- check out the wedding website. They’re good people with great friends and it should be quite a party.

There have a been a lot of breaking HIV stories this past week, here are a couple more.

The first is another breakthrough: scientists discover a protein that destroys HIV.

The second was a little tough for me to take, but discovery can only lead to a furthering of understanding, right?

Apparently HIV can hide in the brain, relatively unaffected by medical treatment. This just brings to light the necessity of understanding that just because viral levels are low in the bloodstream, which is where viral loads are measured, they aren’t necessarily low everywhere else in the body. And we know that HIV is a destructive virus- it hurts the places in which it lives. This may push research into medication/treatment that addresses the blood/brain barrier.

In the meantime, will we see measuring spinal fluid viral loads as routine in our future?

Researchers at the University of Minnesota Academic Health Center have identified two drugs, that, when combined, may serve as an effective treatment for HIV. The two drugs, decitabine and gemcitabine — both FDA approved and currently used in pre-cancer and cancer therapy — were found to eliminate HIV infection in the mouse model by causing the virus to mutate itself to death — an outcome researchers dubbed “lethal mutagenesis.”

This is a landmark finding in HIV research because it is the first time this novel approach has been used to attack the deadly virus without causing toxic side effects. Because decitabine and gemcitabine are already FDA approved, researchers believe that if their research is effective in large animal models, it will be much easier to expedite the development of the drugs for human use.

This is significant because taking on the treatment (and possible cure) of HIV with an existing drug that companies are (probably) already making money on after already spending money on research is a no-brainer. Researching new HIV meds is prohibitively expensive.

You can bet your ass if this is a significant treatment for HIV, they’re going to make money. And money is what drives this thing. 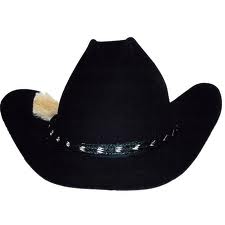 From my dear friend and collaborator Gregory Hinton, a letter about LGBT history and Gay Rodeo:

Dear Friends of Out West:

In my digging though gay western history at the One LGBT Archives at USC, I discovered several gay rodeo photographs by Los Angeles photographer Blake Little in a 1990 glossy gay mag. I was moved by them because reflected back to me were several handsome bull riders and chute doggers I had known who passed away in the next few years. Blake photographed me for POZ Magazine in 1996 after IMP.

I contacted him several months ago. In addition to being beautiful, Blake’s rodeos photos are historical documents. He is also an excellent rodeo photographer.

After my call, he pulled together this collection which he’d put away all these years. We went through many of them together.

He has hundreds of photos and a great personal rodeo narrative. He was 1990 IGRA Bull Riding Champion of the year. I’m working on getting him an exhibit and a book!

Gay Rodeo is wonderful option for rural gay men and women to stay in touch with their country roots. These photographs say it all. This is why I am devoted to the mission of Out West, which seeks to illuminate the positive contributions of the LGBT community to the history and culture of the American West.

On behalf of Out West, I am indebted to Blake for sharing this wonderful body of work. Please visit his website. If you have personal memories of Gay Rodeo, Blake has provided an opportunity to blog.

Creator and Producer of Out West: LGBT Stories of the American West

(Also published on The Bilerico Project)

I’m angry. I’m going to try and make it productive, though.

First, Iowa candidate for Congress, Jeremy Walters made remarks on his Facebook page about AIDS: “The Holy Bible say(sic) if your(sic) “GAY” homosexual they shall surely be put to death; their blood shall be upon them” & etc., then he apologized, and now Iowa talk radio host Jan Mickelson is jumping in with his two (non)cents, defending Walters’ position. From the Iowa Independent:

When a caller brought up that it’s promiscuity that increases the risk for AIDS, and therefore Mickelson should support legalized same-sex marriage because it would lower promiscuity in the gay community, the host scoffed, saying promiscuity “defines the lifestyle.”

“Homosexuality is intrinsically promiscuous, because it violates the design of our bodies,” he said. “There is no safe way to do that.”

I love that this guy seems to know all about the “designs of our bodies” and yet doesn’t seem to care about reality, science, experience or dialog….

When is this meme going to end?

This argument is offensive to all God-believing people for one reason: it makes God look stupid. Because the “punishment” simply is not working.

HIV infected human beings are not only homosexual, they are straight, and bi and trans and intersexed  and questioning and men and women and children and Catholics and Protestants and Mormons and Muslims and Buddhists and Atheist  and white, black, brown, rich, poor, etc.

Don’t you think that if God were trying to punish the homosexuals She would do a better job? Maybe wouldn’t miss so often and strike a straight? Or a child? Or a Republican?

From my friend David Mixner, an article about HIV, Medicare, and a potential looming mess. A taste:

When you get to accountability, we face an enormous problem with Medicare with the passage of the new health care law. Thrilled as I was with this major step forward, there is one part that is extremely disturbing to me. Especially since my journey over the years has taught me the urgent need to hold our public officials accountable for their actions in this battle for a cure.

Quite simply, with the creation of an entity called the Independent Payment Advisory Board (IPAB), we could lose our ability to put pressure for change. This new board is simply not accountable to anyone….

The mere existence of an unchecked, powerful agency making life-determining decisions should be worrisome to all Medicare beneficiaries. Draconian decisions by IPAB to limit access to medicines to treat HIV will be free from judicial review, the need for advance public notice, or even appeals from patients.

Thanks, David, for helping us all to pay attention where it’s needed.

By clicking on the title of each post, you leave the main page and go to the post alone, where you can rate it by clicking on stars below the headline. The posts with the highest rating are listed in the sidebar on the main page under “Top Rated”. In addition, you can also push the “Like” button at the bottom of each post (Facebook has infiltrated the world….).

In this way, you actually help direct the content of FETH (like the acronym?). So go ahead, look back, and rate your favorites!