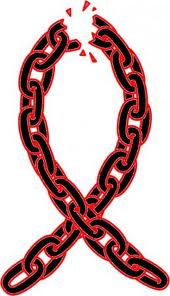 Science Daily is reporting on a study by UC San Francisco that indicates that the rate of infection among men who have sex with men (MSM) could be significantly reduced by treating HIV immediately upon diagnosis and expanding HIV testing:

If HIV-infected adults in San Francisco began taking antiretroviral treatments as soon as they were diagnosed, the rate of new HIV infections among men who have sex with men would be cut by almost 60 percent over five years….

The finding is published in the April 15, 2011 issue of Clinical Infections Diseases.

The decision of when to begin treatment with antiretroviral drugs is a subject of some debate, with the experts evenly split on whether to begin antiretroviral therapy immediately upon HIV diagnosis or waiting until a patient’s CD4 cell count drops below 500 cells per microliter….”Our clinicians recommended initiating antiretroviral therapy to all of our HIV positive patients based on our assessment that delaying treatment allows the virus to do damage to major organs systems and would lead to poorer outcomes for patients. It is too early to tell if this shift in treatment strategy last year by our clinic and the Department of Public Health has had any impact in preventing HIV infections,” said (study co-author) Havlir.

Starting retroviral treatment early makes sense- it reduces the risk of transmission significantly and probably keeps people healthy and alive longer. And isn’t that the point?

One comment on “Another Reason To Start HIV Treatment Sooner?”