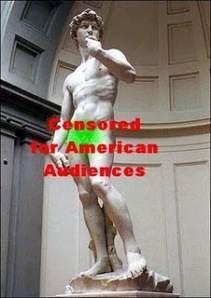 “The TV series will “contribute to the sexual objectification and exploitation of women and encourage greater acceptance of pornography.”

“Putting a veneer of sophistication on an industry that exploits women and destroys families is not laudable, it is disgraceful. Whatever positive spin you may wish to put on the series, it is undeniably a betrayal of the trust you have built over the years with America’s families — the owners of the broadcast airwaves that you will be using to force this content into the living rooms of every family in your community.”

“In what manner does the airing of such material reconcile with your public interest obligations as a broadcast licensee?”

An executive at NBC Studios in Burbank, California, speaking on the condition of anonymity, told me that ‘The Playboy Club’ series is based on the actual Playboy Club in Chicago, which became one of the busiest nightclubs in the nation during the 1960s. The show follows the drama that unfolds between Chicago’s powerful political and business movers and shakers who frequent the club and the scantily-clad Playboy ‘bunnies’ that wait on the men there.
Playboy magazine and empire founder Hugh Hefner did a voiceover for one of the first episodes of the show, describing the Playboy Club as a place “where everything was perfect, where life was magic, where the rules were broken and fantasies became realities for everyone who walked in the doors.

“It wasn’t the 50s anymore … and that was my kingdom. It was the place where dreams came true.”

According to my NBC source, the network calls the show “a provocative new drama about a time and place that challenged the social mores.”
Here’s the thing- look at the following picture:

I’ve seen MUCH less clothing both sexes on shows such as the old ‘Baywatch’ series and some of the reality shows that have invaded broadcast primetime in the past few years. In fact, I’d cite CBS’s Big Brother & Survivor as notable examples.

Oh, and shows on cable? Yeah, right, oh please don’t get me started.
But the PTC and their allies want assurances that no minor in the United States will ever lay eyes on the shocking sight of a woman in a satin swimsuit outfit and bunny ears. Because goddess knows, that is just the most scandalous thing thing ever! (Nothing worse than that is available to today’s kids with a few clicks of a mouse on the internet.)
In fact- I have researched this subject previously and the majority of kids today are internet savvy to the point of making the adults/parents/guardians look pretty silly.  Lets get Net nanny software? Today’s kids can find Anime of Bambi getting buggered by Thumper and having then the subject of *gasp* human flesh revealed? The PTC & company are pretty clueless, just ask any police agency or district attorney that’s arresting children for taking nudie pics of themselves on their mobile phones and “sexting” each other.
The Coalition for the War on Illegal Pornography, a coalition of more than 70 smaller groups (which includes Focus on the Family, Morality In Media, the Family Research Council and Concerned Women For America) told the Deseret News:

“NBC is now contributing to and encouraging a highly dangerous sexualized culture as they stoop further into the gutter for programming and profits.”

The rabidly ant-gay folks at the Florida Family Association — the group that flew a banner warning people about Gay Day at Disney World last month, have joined the war against NBC over the show, according to ChristianPost.com. The FFA warns that it intends to document all the advertisers of the show and publicise the names of those companies online and in emails to its base and like minded Christonut organisations.
God forfend that these people ever travel to Europe where nudity doesn’t even raise an eyebrow and there’s more tits, ass, and penis on commercials broadcast round the clock on regular television- not just cable- than online in porno sites.
Americans are their own worst enemies at times. Mind you, I think it’s genetic at times. They are, in some cases, descended from the Puritans, who in turn brought Americans the Salem witchhunt and whom even the English were only too happy to get rid of.
These folk are just plain morality morons and like the bumper sticker I spotted the other day states: “The Christian ‘Right’ Is Neither.”