The 2014 Pacific Northwest PFLAG Conference is inviting people in the Boise/Treasure Valley and surrounding areas to join them on Friday, Oct. 3 at 6:30 in the North Star room at the Riverside Hotel. After a short welcoming speech by Bishop Gene Robinson, there will be a film and presentation by the Family Acceptance Project.

Dr. Caitlin Ryan will provide a brief overview of the Family Acceptance Project’s work to support diverse families and will screen her award winning film – “Families Are Forever” – the moving documentary of a devout Mormon family’s journey to accept and support their young gay son. Mitch Mayne, former executive secretary in the bishopric (religious leadership) of the LDS Church in San Francisco, a national voice on Mormon LGBT issues and a Boise native, will share his experiences supporting Mormon families with LGBT children and will facilitate a discussion with the audience.

“Families Are Forever” has received 18 awards from film festivals across the U.S. and in India, to date. This work is also of important interest in people working in schools, counselors, health care providers, social services and law enforcement. People not attending the conference are welcome to make a small donation.

More information on the conference can be found here: http://www.pnwpflag.org/2014-regional-conference/

My interview with Bishop Robinson is here. 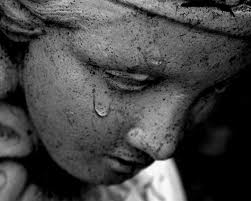 I’ve been struggling to find a meaningful way to discuss the Oslo/Utoya tragedy- and I’m at the point of simply admitting the sheer frustration I have with my abilities as a writer, as a therapist, as a commentator- and as a human being. Maybe you’re there, too.

I want to know things that may be impossible to know: What created Anders Behring Breivik? Or, at least, what caused him to turn an automatic rifle towards children- strangers, innocents- and begin firing? What can prevent this sort of thing from happening in the future?

It’s not easy, but to glean anything from the news reports and the writings of Breivik himself is to come up with large fistfuls of chaff and a few measly chunks of nutritive information. The temptation to run with them is strong. The temptation to demonize right-wing extremists and to create parallels in the U.S.- where none may exist- is almost aching in its pull. The desire to condemn this violence as something entirely opposite from my particular political and social point of view is hard to ignore. And yet, for all these strong temptations, I can’t get past one thing.

What terrifies me most is that it happened in Norway.

“The country maintains a Nordic welfare model  with universal health care, subsidized higher education, and a comprehensive social security system. From 2001 to 2007,[13] and then again in 2009 and 2010, Norway had the highest human development index ranking in the world.”

This is not a country of people who are suffering from great numbers of the hungry, homeless, uneducated and uninsured. This is one of the most prosperous (human condition-wise) countries in the world. It has one of the strongest safety nets- if not the strongest- in the world for the protection of its citizens.

If such a tragedy could happen there- then what does that mean for the rest of the world?

I don’t know. And I’m not sure we’ll ever know.

I do know that all the laws in the world, all the tightening of regulations and of loopholes and sterner conviction and punishment policies won’t do one thing: they won’t mend the damage that has happened to people who now look at the stranger on the street with mistrust and fear.

Perhaps a reminder that this man became divorced from the human race in favor of an ideology. That he couldn’t see the suffering of fellow creatures as something relevant- because his beliefs and ideologies drowned them out- displacing compassion and even, I would argue, his humanity. It’s what we’ve seen before, it’s what we see now- subtle sometimes, but definitely present:

We see it in political strategies and campaigns. It is visible in church policies, legal precedents, economics, social commentary- you name it, it’s probably there.

When ideology displaces humanity, our soul- our safety net- has departed.

I would suggest that the only way to get beyond this universal tragedy is to learn its lesson. And, it may be simpler than we think. To paraphrase Jesus of Nazareth, “People were not made for the law, but law is made for the good of the people.” All people. All human beings. Not just some. Not just one race, one gender, one sexuality, one religion, one political party, one country, etc.

The tragedy is in forgetting- forgetting that we’re all in this together. And arguably, every historical attempt to negate that simple statement has ended in tragedy. I will not bring in the dramatic historical examples you may be thinking of right now. That would be too easy. And this, for being such a simple concept, is obviously not so easy- or we wouldn’t be talking about it right now.

We only remember when horrifying tragedies like this make us stand up and take notice.

And that, I think, is the greatest tragedy of all.

“The inability to forgive

is a poison you take,

hoping someone else will die.”