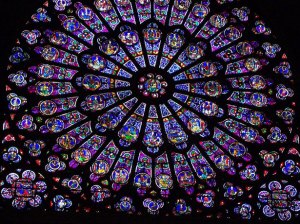 I haven’t gotten through the report itself yet, but there has been some welcome clarification on one point:

The researchers conclude that there is no causative relationship between either celibacy or homosexuality and the sexual victimization of children in the Church. Therefore, being celibate or being gay did not increase the risk of violating children. So, blaming the clergy abuse crisis in the Catholic Church on gay men or celibacy is unfounded.

Psychologists (and LGBT persons) have realized that this was the case, and despite their protestations, certain bishops and Cardinals have placed the responsibility for the sex abuse scandal squarely in the laps of gay priests. Not so. Completely refuted and repudiated.

Hopefully, for the last time.

The NCR has an excellent synopsis- and gives a critical eye:

Release of the John Jay College study on the causes of sexual abuse by Catholic priests signals the end of the U.S. bishops’ five-year, $1.8 million inquiry into the institution they govern and the priests in their charge. But the new study hardly quiets the fundamental questions that have dogged the church and its leaders since the crisis was first publicized in the mid-1980s.

The conclusions of the study were immediately challenged by victims of abuse, their advocates, and those who maintain an enormous archive of documentation related to the scandal. Among the reasons they say the report should be approached with caution or skepticism:

Beyond the limited dimensions of the study — it covered the years 1950 through 2010 and concentrated on the behavior of priests — questions persist about the bishops’ role in protecting perpetrators and shuffling abusive priests.

Read the full story here. And when you hear that this crisis was precipitated by gay priests- you can comfortably tell anyone spreading this lie that they’re full of shit.