The Missoulian today reports Harris Himes is ranting that gays, pro-abortionists and even State Insurance Commissioner Monica Lindeen probably got him thrown in jail.

Wow. If we gays were that powerful, I can think of a lot of other things we’d probably do first…

Himes was charged with six felonies in Ravalli County Justice Court Wednesday after turning himself in to authorities. He said he’ll hire an attorney and posted bail of $10,000 shortly after the hearing.

Himes was required to surrender his passport and will next appear in District Court on either Oct. 6 or Oct. 20.

He didn’t keep a low profile after leaving the Ravalli County jail, though.

Peter Christian of KGVO radio’s “Talkback” show mentioned the charges against Himes on Thursday morning and Himes called in to respond. He told Christian he is an attorney, but knows better than to represent himself.

Himes went on to claim that gay and pro-abortion activists may be behind the charges against him and co-defendant James “Jeb” Bryant, another self-proclaimed pastor.

Himes further claimed that State Insurance Commissioner Monica Lindeen may also be behind the charges because of political disagreements they’ve had in the past. Other callers quickly, and forcefully, called him out for making groundless accusations.

This could get interesting. I’ve had a friend say this may prove that he is clinically mental- just as I wondered yesterday. Or maybe he’s playing that card early. 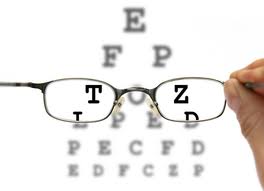 I wanted to cross-post this yesterday, but got completely caught up in open houses and then people over for the Oscars…sigh. I wonder how James Franco feels today.
I bet, sadly, not good.

Anyway, this is another post from my friend Ted Hayes on the pro-life/choice false dichotomy. Excerpt:

Most of the other efforts to date of these holier-than-thous have been to wage war against women, particularly in the area of abortion. They can depend on their very ill-informed base’s jumping up and down with glee if they fuel the culture war and attack women and the LGBT community. Since their last foray into the fight against any form of equality for gays ended with repeal of “Don’t Ask, Don’t Tell,” they have now turned their “guns” toward a woman’s right to choose.

It’s an excellent read- and don’t forget to post comments in favor of Ted’s becoming a regular contributor to Bilerico!
Full text here.