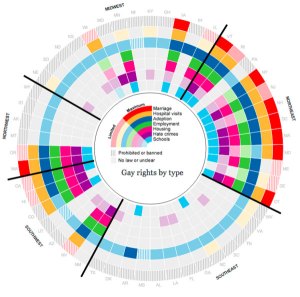 “We have got to ratchet back emotion,” Laszloffy says.

Montana Human Rights Network gay rights activist Jamee Greer agrees that violence is never appropriate. However, he finds it ironic that Laszloffy, a man who has consistently branded gays as perverts, sinners and criminals, now wants to tone down the rhetoric. “He’s made his living off of demonizing, scapegoating and harassing LGBT community members,” Greer says. (emphasis mine)

Laszloffy has repeatedly ratcheted up the rhetoric at strategic points along his career- including making veiled threats to one Jamee Greer. See a few of them here.

Now he wants to ratchet back emotion? After stoking the fires of emotion against fellow citizens for years? Now he’s nervous?

Oh, and if anybody knows the identity of the ‘local caterer’ that provided the hate nuggets- I’d love to know, too. And probably so would a lot of people. I’m surprised it wasn’t pursued in the article.