Some disturbing news. From Reuters:

The CDC reported that the number of new cases of HIV among black women declined 21 percent between 2008 and 2010, while the incidence of HIV among young gay and bisexual men rose by 22 percent in the same time frame. The rate of HIV infections among black women remains 20 times higher than the number of new cases in white women, and HIV-infected black women account for 70 percent of HIV incidence among all women. Men who have sex with men comprised almost two-thirds of all new HIV infections in 2010.

Joseph Prejean, chief of the Behavioral and Clinical Surveillance Branch in CDC’s Division of HIV/AIDS Prevention, attributed the decline in new HIV cases among black women to HIV testing and the success of HIV

awareness campaigns. “Treatment advances” for AIDS may have caused young men to underestimate their risk and the health threat posed by HIV”, said Prejean. Although anti-retroviral treatment prolongs life, HIV-infected individuals can expect to take medicine for the rest of their lives, at an estimated lifetime cost of $400,000. (emphasis mine)

Young black men who have sex with men have the highest HIV incidence of any population group within the United States. An earlier CDC report stated that 26 percent of new HIV cases occurred among young people age 13 to 24. Half of HIV-infected young people do not know their HIV status, reported CDC Director Thomas Frieden, MD.

English: Illustration of the double moon symbol used by bisexuals who wish to avoid the use of triangles. This example is in the colours of the Bisexual Pride flag. (Photo credit: Wikipedia)

“This study adds to a growing literature that shows that a one-size-fits-all approach to understanding the health of sexual minorities ignores differences among subpopulations within this community,” said Laura Durso Ph.D., Williams Institute Public Policy Fellow.

The study, entitled “Patterns and Predictors of Disclosure of Sexual Orientation to Healthcare Providers among Lesbians, Gay Men, and Bisexuals,” was funded by the National Institute of Mental Health and is published in Sexuality Research and Social Policy.

Participants should be over the age of 18 and currently be employed.  To participate in the study please click on this link: http://www.surveymonkey.com/s/Workplaceidentity 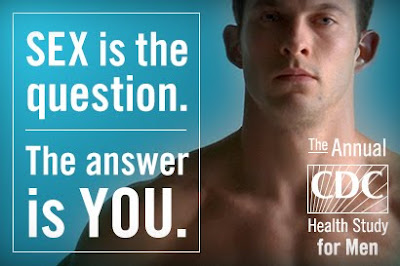 How can you take the survey? Just click on this link. After you complete the survey, you will also have the opportunity to invite your friends to participate, and a donation will be made to the It Gets Better Project for each of your friends who completes the survey too. In addition, “Sex is the Question” is not just a survey. It is the first study of its kind to provide immediate feedback to its participants by incorporating videos and other interactive tools. At the end of the survey, you will be presented with personalized insight and comparisons based on your answers. Thank you for your consideration! With you support, we can help put an end to HIV once and for all, and in doing so, support a terrific organization.

“Why can’t they just let me have this? Why does it have to be such a fight?”

These words came from the mouth of one bisexual client, but they have been echoed by almost every bisexual client I’ve ever had- and there have been many. They were describing the pain, the anger, the sadness felt as a result of comments and treatment by gay/lesbian friends.

Surprised? I’m not. I hear these stories of pain all the time. You’ve probably heard comments like, “Bi? More like bi now, gay later; She says she’s bi, but it’s just a college thing; He’ll screw anything with a hole- that doesn’t make him bi, just a dog, etc.”

There’s a perceived pecking order in our communities, generally with wealthy, healthy, gay, white males at the top and poor, differently abled, positive, transgendered Christian bisexuals of color at the bottom.

OMG. Did I just say that out loud?

It’s a human trait to want to feel satisfied and happy, and to avoid feeling like shit. There’s nothing inherently wrong in that. However, sometimes the finessing of our feelings can get a little sloppy.

Psychologically, one of the fastest ways to feel good is to make someone else feel/look bad. You know it’s true. We all do it- or have done it. The problem is, when this behavior occurs, the good feeling it brings to the perpetrator is fleeting. So, like an addict who is becoming used to the heroin, it takes more and more to feel good as time goes by. It’s also not very sophisticated psychologically, it takes far fewer skills to simply react or attack than to actively evaluate and respond with integrity.

People tell me what they see, and I also know what I myself have seen. We see the cliques that form at clubs and bars and in social circles- the packs that hold court and put down and look down. We see sides being taken in problematic relationships. We see people flirting overtly and disrespectfully to our dates and partners right in front of us. We see posturing and gossip intended to intimidate and hurt.

There are also power struggles in our organizations and communities- outcries of pain and rage among members who feel left out or ignored by those in power. From ENDA to the HRC to our local AIDS organizations, people are struggling to be heard, fighting to be included. Ironic, huh?

Many of us were bullied in school because we were different. Some would argue that we are still being bullied by public policy and perception today. We know what it’s like to take that kind of abuse. Maybe we think that’s what people in power are supposed to do, because we certainly know how to dish it out. In fact, we do it so well, someone responded to a survey I was doing about LGBT Community by saying, “I’m more afraid of my gay friends than my straight friends- they can hurt me more.”

And so it goes.

Don’t get me wrong, I think we can be fantastic and loving and supportive as a community- we have plenty of examples of courage and loving kindness. My concern however, is with the amount of pain we can cause each other, which seems so contradictory to the kindness and support many of us have experienced. Is it a sign of confusion? A result of bullying? A type of post-traumatic stress disorder manifesting in confused and non-reflective behavior? Are we so desperate for security that we will trample over others in order to get it? Have we become so interested in self-preservation that we’ve lost all compassion for the other wounded people around us?

I certainly have my suspicions.

Maybe I’m oversensitive to this because in my work I hear so many stories of pain and confusion- it’s the nature of the beast. I hear about the anger and sadness felt by people who feel disadvantaged by their peers- real or perceived. I hear tales of insecurities exacerbated by pressure from LGBTIQ culture. I see the damage caused by the struggle to fit in to two worlds- and in the case of bi or trans persons, more than just two. Maybe my sense of this is over-exaggerated, hyper-inflated and ridiculous.

Maybe. But the pain felt by my bisexual clients is real. It is echoed by others, by me and maybe by you reading this now. That’s my concern- the suffering we cause each other, often out of ignorance or fear.

I have a proposal. A not-so-modest one.

It hinges on the science of personal development and experience which says that self-understanding unfolds over time. It develops gradually. That applies especially to sexual orientation of LGBTIQ persons who face the added difficulty of pleasing several different groups of people- and attempting this with the added difficulty of often having to do so with a still-developing brain. My proposal is this:

When our own people are easy targets for us, let’s refuse to take the shot.

When a person says, “I’m bisexual,” let’s give them that. Let’s allow them that place of self-understanding and respect. Let’s quit being so hard-assed, bitchy, petty and small-minded about defining people- it’s damn near impossible anyway….

Let’s even take it a step further: When someone isn’t wearing the right clothes or eating the right food or going to the right places or in the right job, or… you get the idea- let’s find ways to be supportive instead of destructive. Look a little deeper and maybe we’ll see the fear and the pain and the anxiety and the need for a friend. Maybe we’ll see people that remind us of ourselves at some point along the crowded way….

I’m proposing that we let each other be human- that we actively work towards respecting and understanding each other and create a community, not just a Political Action Committee. And that will take some work. It will mean taking steps outside of our established circles, being a little uncomfortable, standing up when someone’s being put down, looking a little more deeply instead of making a shallow snap judgment.

It will mean being more reflective, more responsible humans.

I think we owe each other that.