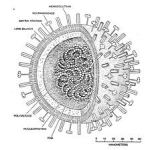 Most bacterial infections can be treated with antibiotics such as penicillin, discovered decades ago. However, such drugs are useless against viral infections, including influenza, the common cold, and deadly hemorrhagic fevers such as Ebola.

Now, in a development that could transform how viral infections are treated, a team of researchers at MIT’s Lincoln Laboratory has designed a drug that can identify cells that have been infected by any type of virus, then kill those cells to terminate the infection.

Viruses are notoriously difficult to treat- technically, they aren’t “alive” so there’s not an effectively good way to “kill” them. Killing the specific cells in which they reside seems like a good place to start- and also has implications for the treatment of cancer, HIV- any disease which starts with an infected or mutated cell.

I’ve been getting some exposure over my post Montana Republicans Are Now Officially Homophobes and Bigots. Andrew Sullivan linked to my blog. Outrage was expressed on the Montana GOP’s Facebook page. Another Facebook page wants to “Tell MT Republicans to Remove Hate from their platform“. The Missoulian published my editorial. Several other media outlets picked up the story. I’ve been doing my best to keep the legs under this issue. Other people have been great at spreading the news. 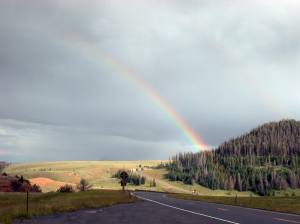 People are asking me if I’ve lost my mind- “Why does this matter so much to you?” “Why can’t you let go?” Let me explain.

As long as that plank is in the Montana Republican platform, it sneers at all LGBT persons throughout the United States. As long as that plank exists, it allows bigotry and homophobia to claim official  sanction.  It encourages intolerance, hate and the violation of human rights. It promotes ignorance, both social and scientific. It takes a segment of human society and seeks to criminalize them because of their biology, their sexuality, their choice of self-expression. It creates confusion, shame and fear in the minds of children, parents, institutions and churches. It also creates attitudes of moral superiority and bullying, mocking that phrase “all men are created equal,” substituting Orwell’s “some are more equal than others”. In short, it’s in the best interests of every human being in this country to see that this plank is changed.

Because you never know who’ll be next.

Sure, Montana isn’t exactly the political mainstream- it isn’t mainstream at all, really. Sure, there aren’t a lot of LGBT persons here. Sure, there isn’t a lot of impact on the rest of you. But this is a STATE. One of Fifty. And along with Texas, it’s discriminating against a specific group of Americans. Where does the creeping stop? Will Wyoming jump on board? Is Idaho next? Utah? Nevada? Arizona? Alaska? Who knows?

Make fun of us if you want, but if you discount Montana and it’s impact on the United States of America, you misread history. Montana’s natural resources and people have nurtured this nation since Lewis and Clark pioneered the Missouri. This isn’t just the home state of Gary Cooper, Myrna Loy, Ivan Doig, Norman MacLean, Evel Knievel, Charlie Russell, Henry Plummer and Ted Kaczyinski. It’s the place that nurtured such prominent political and social figures as Mike Mansfield, Jeannette Rankin, Chet Huntley, Lester Thurow, Lee Metcalf, Jack Horner, David Lynch, Marc Racicot, etc. Political leaders have made this a place to see and be seen. Teddy Kennedy on a bucking bronc in Miles City, or candidate Obama marching in the Butte fourth of July Parade- in fact he was here twice- and returned as president.

It matters. Maybe not to you. Not yet.

But stopping this now will be a hell of a lot easier than later, when it’s YOUR bedroom they’re talking about.