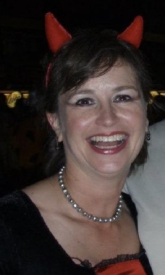 Today, Republican Superintendent of Public Instruction Candidate, Sandy Welch, finally admitted to what every other Montanan has known for over a month: Welch lost. She finally conceded the race after she was unable to raise the bond to pay for a manual recount of the vote.

Now I know some will say that once a candidate concedes, especially in a lower-level race like this, that candidates deserve to return to private life without too much scrutiny. However, because of the way Welch ran her campaign, it deserves a postmortem.

The first question that came to mind upon hearing Welch was giving up her recount crusade was, “How much did this recount fiasco cost Montana taxpayers?” Welch held on to the hope that somehow she’d be able to win this election- right up until it was time to put her money where her mouth was. She sought an unnecessary court ruling saying she had the right to a recount, despite the fact that state law makes it pretty clear that she has this right, provided she pays for the recount. This lawsuit cost Montana taxpayers thousands of dollars. (Cowgirl has already covered her theory on Welch’s goals with her recount crusade.)

By asserting right up to the last minute that she was going to pay for the recount, she also cost all Montana counties time and money to prepare for the recount, as well as the Secretary of State’s office.

While the most timely questions is about the cost of the recount charade, the more important questions remains, “Why was Welch running in the first place?” Throughout her campaign Welch wasn’t able to give a coherent plan to improve the education and educational opportunities for Montana children. Instead, she focused on improving a few administrative issues in the OPI office–issues that Superintendent Juneau has already been working to solve.

While Welch hadn’t told Montanans why she wanted to be the top educator in the state, the current Superintendent, Denise Juneau, was receiving national attention for her work and programs such as the Schools of Promise and Graduation Matters Montana programs, while standing up to a dysfunctional US Congress and their Bush-era “No Child Left Behind” program.

I wish I had more answers about what the purpose of Welch’s campaign and recount crusade are. Unfortunately, I don’t.

Hopefully though, this is the last we’ll hear from Welch in Montana politics.