In today’s edition of Better Know a Legislator we’ll look at the records of two women who served 8 years in the House, and are now serving their first session in the Senate: Sen. Robyn Driscoll (D-Billings) and Sen. Janna Taylor (R-Dayton). 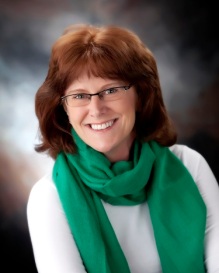 Sen. Robyn Driscoll is one of the unsung heroes of the Montana legislature. A strong and steady leader, Robyn says what Montana progressives are thinking and she never backs down in the face of opposition from the right. These strengths as well as her positive demeanor are why her colleagues in the Senate elected her as one of their whips for the session.

Sen. Driscoll was one of the true hero’s of the infamously bad 2011 House Judiciary Committee. In that committee women and students were constantly demonized, but Robyn never let the horrible comments of legislators and the right-wing public go unchallenged.

Robyn also was a hero on the House floor. One of her most notable actions on the floor was introducing an amendment to a Republican bill that would require trans-vaginal ultrasounds before a woman could have an abortion. Her amendment would require that men undergo an EKG heart health test before they are able to get a prescription for Viagra or other drugs to combat erectile dysfunction. Needless to say Republican heads spun. This amendment was effective in pointing out the insanity of the bill and helped to kill it on the House floor. 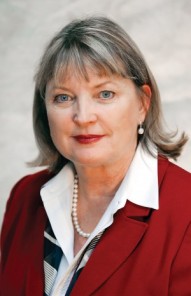 Like Sen. Driscoll, Sen. Janna Taylor is also serving her first session in the Senate. While in the House, Taylor served as the Speaker Pro-Temp in the disastrous 2011 legislative session.

During the 2011 session, Taylor’s hypocrisy was on full display. She led the charge against federal funds that were intended to help fund programs to benefit students, people with disabilities, seniors, rural health care providers and low-income Montanans. However, while leading this charge, she and her husband helped themselves to more than a million dollars in federal farm subsidies. When challenged about her hypocrisy, instead of taking responsibility for her actions she said, “I can control state tax dollars, but I can’t control federal tax dollars. You’d have to talk to Tester and Baucus about federal tax policy.” Congratulations Janna, for living up to your party’s mantra of “taking responsibility for your actions.”

Taylor also received national notoriety for her comments against the abolition of the death penalty. While testifying against the bill, Taylor said that we had to keep the death penalty because if we got rid of it, we’d have no way to punish HIV-positive murderers, who are currently in jail serving a life-sentence, who spit spit-balls at guards. I’m not joking.