According to Human Rights Watch, the State of Mississippi is the worst when it comes to educating and testing its people, and treating or housing persons with HIV:

Thousands of Mississippians are at risk for HIV, and many who are infected are denied lifesaving measures and treatment because of counterproductive state laws and policies, Human Rights Watch said in a report released today. Mississippi has resisted effective approaches to HIV prevention and treatment and instead supported policies that promote stigma and discrimination, fueling one of the nation’s highest AIDS rates, Human Rights Watch said.

Mississippi also clings to failed approaches to sex and HIV education, Human Rights Watch said. Mississippi has some of the nation’s highest rates of chlamydia, gonorrhea, and syphilis, sexually transmitted diseases that can significantly increase an individual’s risk of becoming infected with HIV. Yet the state legislature has repeatedly refused to approve programs that provide complete, accurate information about HIV and pregnancy prevention, insisting on ineffective abstinence-only curricula in the public schools. The result, Human Rights Watch said, is the denial of potentially life-saving information to adolescents, putting them at unnecessary risk of HIV infection.

This is America, not Rwanda. Full, upsetting story here. 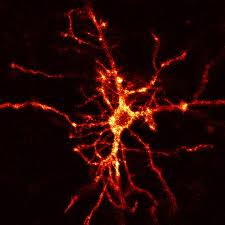 It’s something that I’ve said time and again, but this short piece from Andrew Sullivan is well worth reading.