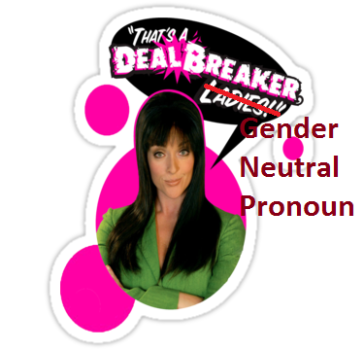 Earlier, Bobbie posted an update about the Helena Non-Discrimination Ordinance. And, in my first post on this blog, I’m going to strongly disagree with her on the preferred outcome related to the locker room amendment.

Bobbie believes that through compromise, this amendment could be modified to an acceptable level. I think this amendment is a dealbreaker and if it remains, is reason enough to oppose the ordinance as a whole.

Now, I want to throw a caveat into this assertion, and a little bit of wiggle room for me to admit that I might be wrong on this: I’m not a transgendered person; I will never assert that I know all of the experiences that a person goes through when dealing with the societal bias and stigma that transgendered people deal with on a daily basis.

That being said, I have a difficult time accepting an ordinance that could put any trans people in a more difficult position. Under her compromise position, Bobbie suggested,:

While I understand the sentiment that Bobbie is expressing, I don’t think this gets to the fundamental issue at hand. Currently, trans men and women often face a dilemma when deciding which locker room or restroom to use. This ordinance was introduced in order to make these sensitive situations more safe for all Helenans. I worry that this compromise amendment could leave some of our trans brothers and sisters behind.

Furthermore, there currently is no prohibition on trans people using their self-identified restroom or locker room. I worry that this amendment would codify a law which would leave some trans people in a worse position than when this debate started more than a year ago.

I want to restate though, I am not a trans person, so I’m not going to claim to understand the experiences they’ve been through. But, as a cisgendered homosexual person, I can’t handle the thought of knowing that my rights are being advanced, while the rights of others are being restricted in city code. That’s why, this amendment is a deal-breaker no matter your gender identity.

I hope that Commissioner Haque-Hausrath and Mayor Smith continue to oppose this amendment, and Commission Thweat changes his opinion on this measure.

6 comments on “That’s a dealbreaker”