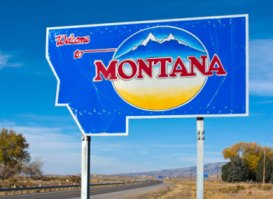 And, as I explained in a previous post, here’s why:

I’m voting for the candidate who most represents my views, just as everyone should. I’m against the death penalty, want women to make their own choices about their health, support legal recognition of same-sex relationships, and am a fan of higher education and preserving a clean planet. I want healthcare and insurance companies to be reasonable and efficient- and treat people with mental illness and substance issues with dignity and respect. I want the justice system to be fair to all citizens. I want church and state to be separate. I want the poor and disadvantaged to be given every chance to succeed.

The Democratic Candidates in this election most closely reflect these views.

And, I believe, have the most experience and qualifications under their collective belts.

None of the Republicans even come close.

Just as I suspected. If Mitt Romney wants to (as he claims) overturn Obamacare, it’s going to cost the taxpayers billions of dollars to rollback the healthcare changes already underway. Not to mention the debt cliff that he will need the cooperation of Democrats to negotiate.

Ryan Lizza from the New Yorker:

Mitt Romney, speaking just before noon today, declared that on his first day in office, “I will act to repeal Obamacare.” I think he chose his words carefully. As President, he may indeed “act” to repeal it on Day One, but I don’t believe he will actually be able to overturn the law.

If Romney were to win in November, the first matter he’d have to deal with would be the fallout from the so-called fiscal cliff of December 31st, the day when some five hundred billion dollars worth of tax increases and spending reductions take effect, which could put the economy into another recession (if it’s not already in recession by then). This moment would perhaps be Romney’s greatest chance at repeal. Because the fiscal-cliff negotiations will be an enormous fight over the size and scope of the federal government, every government policy will theoretically be open to debate—including, Romney might insist, repeal of the A.C.A.

But it’s a fantasy. The negotiations would be dead before they started if Republicans demanded repeal as a price for a Grand Bargain on taxes, spending, and entitlements. The fiscal-cliff negotiations will undoubtedly include a great deal of horse-trading that will infuriate and cheer partisans on both sides. But there is literally nothing Republicans could offer Democrats in return for repealing the Party’s greatest achievement since the Johnson Administration.

The reality of the huge (enormous) cost of repeal will pull the bloom off the rose PDQ. It’s insanity.

…John S Adams has an excellent article about it in the Great Falls Tribune. I loved how he brought attention to the Republican Platform Plank:

“Montana’s state constitution says ‘Only a marriage between one man and one woman shall be valid or recognized as a marriage in this state,’ and I agree,” Rehberg said in a statement.

Rehberg’s position is in keeping with a plank in the Montana Republican Party’s official platform which states that Montana Republicans “support the clear will of the people of Montana expressed by legislation to keep homosexual acts illegal.”

The Montana GOP adopted that language after the Montana Supreme Court in 1997 struck down a state law making so-called “deviant sexual conduct” a felony punishable by up to 10 years in prison and a fine up to $50,000.

Legislative Republicans have repeatedly blocked attempts to remove that language from the Montana Code.

The 2011 session marked the first time an effort to repeal the unenforceable language from state law passed a legislative chamber, passing in the Senate but then dying in the House Judiciary Committee.